All extant eukaryotes descended from a common ancestor over 1.5 billion years ago, and have since diversified into a great variety of forms, including the major multicellular lineages of animals, plants and fungi. The aim of this project was to reconstruct the gene family repertoire encoded in the last eukaryotic common ancestor (LECA) and then use this gene inventory to reveal the biology of this ancient cell. Such data can then be used to identify how this repertoire was augmented or reduced during the diversification of the major eukaryotic lineages. As part of this project we are now trying to build an international consortium to curate and expand this data as a comparative genomics resource. 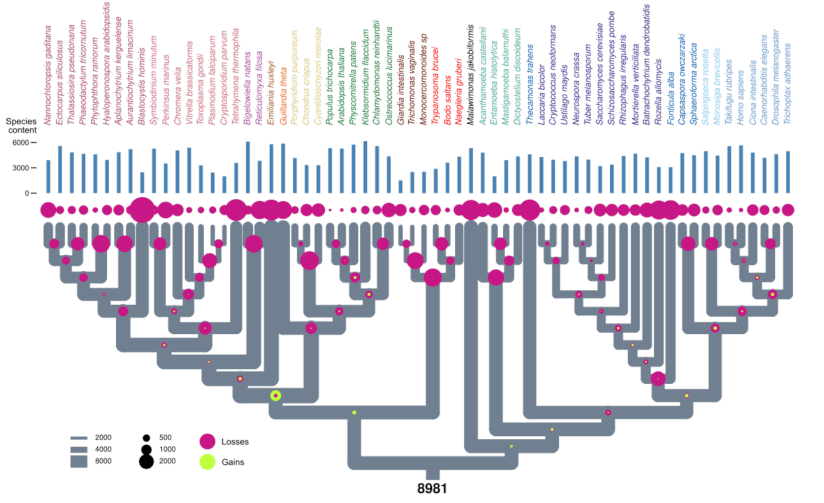